Name Origins of Places in Rowville and Lysterfield

The name “Corhanwarrabul” (commonly pronounced corhan-warrabul with a silent ‘h’ but regarded as incorrect by the archaeologist, Eric Willacy, who pronounces it cor-hana-warrabul) has been widely used in the Knox area. Mt Dandenong was first known as Mt Corhanwarrabul, a name which persisted until the turn of the century.

The creek which flows through Scoresby and crosses Stud Road at the twin bridges near Caribbean Gardens bears the only use of the name today. The creek, in fact, was originally named the Narra Narrawong Creek in 1840 by the surveyor T.H. Nutt. The date of the change of name is not known.

The spelling of Corhanwarrabul has had many variations. T.H. Nutt in his 1839 survey of the Yarra River referred to the mountain as Corren Warabille and Daniel Bunce called it Korenth Marabool. An explanation for this may lie in the diverse English accents of the men who traversed the area who had no written aboriginal language to guide them in the spelling of aboriginal words they heard.

The meaning of Corhanwarrabul is uncertain. Helen Coulson in The Story of the Dandenongs suggests it means a desirable and attractive place, replete with birds flying, kangaroos jumping and lyrebirds singing. Muriel McGivern in Aboriginal of the Dandenong Mountain thinks that its name could mean, instead, “one of the two large humps in the range,” a reference to the Corhanwarrabul peak being just below Mt Dandenong, known today as Burke’s Lookout. Les Blake in Place Names of Victoria offers a third alternative meaning, “one of the feathered tribe”.

The following notes are taken from Muriel McGivern’s book ‘Founder of the Dandenongs’.

There has always been much speculation about the meaning of the word Dandenong. The aboriginal word banyenong comes from banye (a burning) and nong (the past) an appropriate reference to the Dandenongs after bush fires. The surveyors of the 1830s and 1840s recorded many variations of this word – ‘Tanjenong’, ‘Tangynon’ and ‘Bangeong’ – all seem to be interpretations of the aboriginal word.

Problems were caused in the translation because the aborigines slurred English sounds, especially “B”, “T” and “D”.

Muriel argues that “Dandenong” may not in fact mean “high” in the dialect of the local aboriginals as is indicated in most works. Rather, the aborigines of the area when interrogated, most probably meant that the creek came from a high place.

Monbulk Creek was originally known as Dargon’s Creek after the pioneer pastoralist Thomas Dargon who arrived in the 1850s. The name Monbulk appears to have come from an aboriginal word Monbolloc meaning a hiding place in the hills. Monbolloc consists of two aboriginal words, “mon” meaning magic and “bolloc” a pond or lake. This is reference to the nearby springs and their medicinal properties, thus the “ponds with magic powers”. (Muriel McGivern uses the spelling Mun Boolok ). Modern day Monbulk is believed to be the area which aborigines used as a sanctuary, bringing their wounded and sick to be healed at the springs. Nathania Springs and Coonara Springs Restaurant remain as indications of the location of these springs.

The area called Lysterfield on the southern boundary of Knox was originally covered by the pastoral run known as Monbulk. As the pioneer selectors moved in it became known as part of Narree Warren, though the locals referred to it as ‘The Flats’.

This title continued until the mid 1870s when the name Lysterfield was adopted at a public meeting. As with Rowville, the suggestion was made as a compliment to a famous local personality William Saurin Lyster, who was a pioneer in draining the Monbulk Creek flats and turning the land into the rich dairying country it still is today.

The history of Rowville can be traced back to 1838 when James Clow established his pastoral run “Corhanwarrabul” and built his homestead “Tirhatuan” near Wellington Road on the banks of Dandenong Creek. Yet it too, like so many localities in Knox, has only been known by its present name during the 20th century.

It was originally regarded as part of Narre Warren, being in the parish of that name, but became part of Lysterfield in the early 1870s.

The name “Rowville” was adopted in 1903 at the suggestion of Nick Bergin, the local blacksmith as a compliment to the Row family whose property ‘Stamford Park’ had been the focal point of the district since the 1880s.

Tirhatuan (correctly pronounced “tirha-tuan”) was the name James Clow gave to the homestead he erected in 1841. The homestead stood on a rise on the east side of Dandenong Creek near Wellington Road and the site has been excavated by the Archaeological Society of Victoria.

The name “tirhatuan” is generally thought to be an aboriginal word referring to the “flying or gliding possums” which once abounded in the area. However, Ann Hamilton in her 1938 biography of James Clow, argued that it refers to the “cry of the wild pigeon”.

The reserve along Stud Road known as the “Police Paddocks” obtained its name from the area’s long association with police work going back to 1837 when the first Native Police Force was established and based on the site.

In later years, a second Native Police Force operated under Captain Dana from 1842 to 1853, after which the police used the property to breed and agist the thousands of horses needed for police work.

In 1879, black trackers were brought down from Queensland to assist in the Ned Kelly hunt. They continued to be stationed there until the 1920s when the property was vacated by the Police Department.  In 1930, 1720 acres were proclaimed as a public reserve to be known as the “Police Paddocks”.

The area which the National Park covers was once part of the Native Police Depot and later the Police Horse Stud. In 1939, 476 acres of the hilly north-east section of the Police Paddocks were reserved for a National Park and in 1943 the Dandenong National Park was proclaimed. In 1944 the name was altered to Churchill National Park as a tribute to Sir Winston Churchill.

This reserve in Scoresby, which includes the Scoresby Oval, tennis courts and netball courts, was named in honour of Carl Erenfreid Exner for his lifelong work for the Scoresby community.

Exner came to Rowville from Mulgrave about 1900 and was one of the first market gardeners in the Knox area. For many years after the Great War, the major local fund raising activities were held in his barn, with music provided by Exner himself on his accordion.

As a result of these functions, the Scoresby Hall was erected in 1924 and the Scoresby Oval purchased and opened in 1925.

He remained active throughout his life in local sporting teams, playing in the first cricket team in 1925 and being on the executive committee of the football club when it began in 1925 and when it was reconstituted in 1946.

The old swimming pool and surrounds were named after Thomas Moore Heany who began his career with the Shire of Ferntree Gully in 1906 when he was appointed Acting Secretary. In the following 40 years he served as the Clerk of Works and Value (1911-1921) and then as the Shire Engineer (1921-1947) until he moved to the Shire of Mulgrave.

His association with Heany Park went back to 1924 when the Water Supply Commission still operated the 300,000 gallon storage basin (built in 1894) which linked the Belgrave Reservoir with Dandenong.

In 1940 he arranged with Cr. Violet Lambert for a ten year lease of the pipeline for the benefit of Lysterfield farmers. In 1952, the Council purchased the pipeline rather than see it dismantled and later use of Heany Park ensured that the purchase price was more than covered.

Rosa Benedikt owned Scoresby’s oldest remaining house, “Glennifer”, from 1946 to 1970. In 1959 she was responsible for the sub-division of the property for housing, naming it “Glennifer Farms”. This is the area bounded by O’Connor Road and Stud Road.

Most of the streets in the sub-division are named after members of her family – Zerfas, Armin and Benedikt are, for example, the names of her three husbands!

The line of pine trees along the park’s eastern boundary was once part of the property and led to a large dam at the northern end of where the park now is.

A.W. Spooner acquired 300 acres of land at Scoresby in 1945 which he named “Dalmore Park” and where he built a French Provincial mansion.

In 1958, whilst overseas, he noticed a new material, fibreglass, and realised its potential in the boat-building industry. Soon after, he established the Caribbean Boat Factory. It soon became necessary to have a lake for testing the boats and in the early 1960s Lake Caribbean was created. It was subsequently opened to the public and developed by one of his sons, Rod Spooner, as Caribbean Gardens.

Am interested in Rosa Benedikt. Having had three husbands, she clearly lived a somewhat checkered life!

Is there a record of the names of any children born from her marriages? 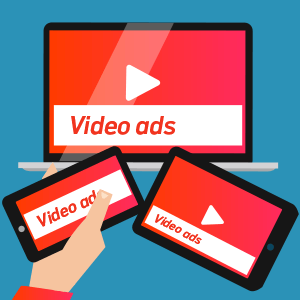 Copyright © 2022 RLCN. All Rights Reserved | Designed and hosted by Evoke IT