An Hour With John Di Losa 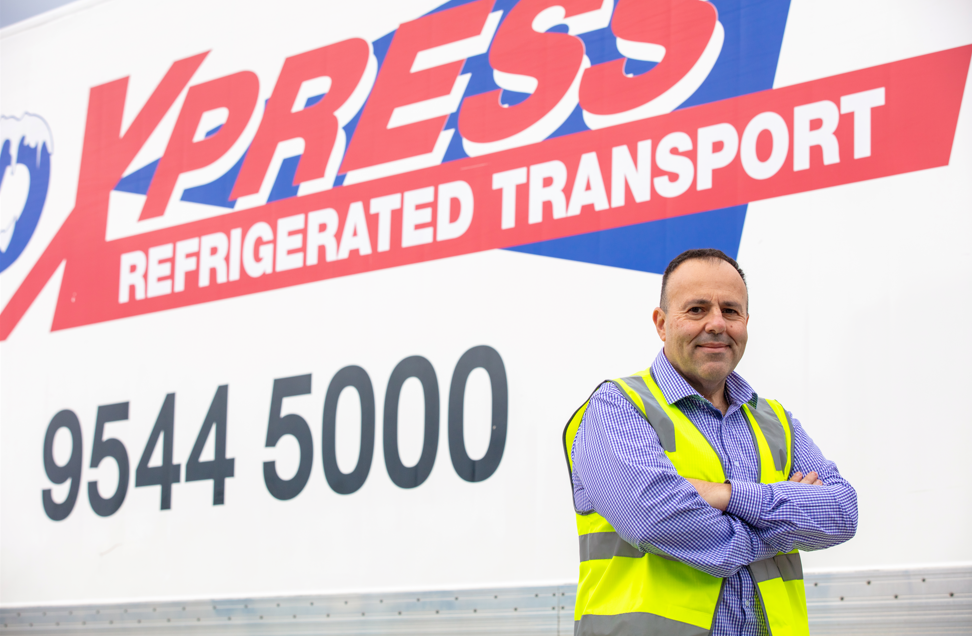 For some time, I have been wanting to do an article about a local business identity, especially in the light of the COVID-19 pandemic and its disastrous impact on everyone.

On the third of March 2022, I was contacted by Annexmedia, who were doing a documentary about Mr Di Losa, and asked if I could interview him, and tell his story of success to our readers, the story of “a man who used to clean the toilets at Coles and worked at Maccas became one of the country’s biggest logistics providers.”

A Lysterfield resident, one of our own. A self-made man, with an amazing story to tell.

Of course, I would like to! A schedule was prepared for publication, but then the election was called and Mr Di Losa was kind enough to give his spot to the two main candidates battling for the seat of Aston. Finally, I can shine the spotlight on Mr Di Losa and his incredible journey from a humble beginning to a successful businessman.

Mr Di Losa was kind enough to answer my questions and was extremely generous in providing me with a lot of material regarding his incredible journey of ups and downs, trials and triumphs against adversity.

His full inspirational story is worthy of a book, but in this article and with the limitations of a newspaper, I will present a snapshot of Mr Di Losa.

When and where were you born?

I was born on New Year’s Eve in 1962, in Malvern Victoria at Cabrini hospital.

Tell us a bit about your family?

What do you remember growing up?

Growing up there was never any money for toys or games or dining out etc as dad always wanted to save so he could purchase his shop, then his home and then investment properties. My dad’s generation knew what it was to live in hard times, living through a world war and a depression, the main priority was to have enough money to feed and look after his family. Whilst my school friends were going off to camps and stayovers etc I worked in the family fruit shop after school and every school holiday. There was never any money for games or outings it was all about working and saving. We never went on family vacations, ate out at restaurants, or went to entertainment venues, not even for special occasions. Dad took Mum once to the movies when they were engaged and that was it. My parents lived an extremely frugal life.

What did your parents do?

My dad came to Australia owing money for his passage to his employer. Although he was severely underpaid, he still managed to save enough money to buy his fruit shop. Getting up at 3.30 am and finishing around 7:00 pm every day. I didn’t see my dad much when I was young as he was always working.

I went to school at St Joseph’s and then De La Salle in Malvern. When I first attended school, I did not know any English as my parents spoke Italian at home so it took me a while to adapt.

It was school and work up until the age of sixteen when I was allowed to join a karate dojo. I couldn’t play handball with the school or football or cricket as they were all too dangerous but karate was OK. I would ride my bike twice a week from Malvern to Hawthorn. Dad bought me a bike when I was 16; I recall I did something he didn’t like so he took my bike away as he said he had paid for it so he could do that.

Are you a football fan? Which team?

Yes, I follow the AFL Carlton football club and my family and I are all Carlton cheer squad members.

What pastimes do you have now?

Nowadays and probably in this order: my granddaughter, walking the dogs, golf, jet skis, and martial arts (although haven’t done much in the past two years).

What activities (clubs, organisations etc) do you get involved with?

We sponsor the Rowville Hawks local football club; I belong to the Otium car club for car enthusiasts and I have promised my wife we will join a dance school soon as well.

Do you have any idols?

Growing up I did like Sylvester Stallone (Rocky).
Have you travelled much? Countries?

I went to Bali for my honeymoon in 1987 and then we took a family trip to Europe in 2013 covering Rome, Paris and London. There were fifteen of us.

If you weren’t doing what you do now what would you like to do?

I would like to do something that affects people’s lives, e.g., work on a solution to feed the homeless in the city or provide them shelter and bedding. I did look at doing something like this a few years ago where we were going to start a regular free food service a few times a week but then COVID put a halt to that. Just help people that have fallen on hard times, we all go through them.

I then got a job at McDonald’s after school which went to around midnight. Maccas paid almost $4 an hour, I couldn’t believe how lucky I was to have a job that paid so much. Then when I was 17, I also got a job cleaning Coles floors and toilets before school

So, I got up at 4.30 am for a 5:00 am shift start, I cleaned floors etc, then went to school, and after school, I worked at Maccas. I liked multiple income streams at a young age.

What motivated you or gave you the idea to start your own business?

In March 1983, I started working in a run-down fruit shop alone. In the first week, I made $383. I was very big on customer service. If a customer came in and asked me for something I didn’t have I told them I would get it for them by the next time they were in. I cared about my customers and one day a little old lady, who got her hair done at the hairdressers every Friday, and did her shopping at my shop told me she loved pumpkin but couldn’t cut it due to arthritis in her hands. I said to her I would peel some pumpkin for her, she was astounded and I reassured her it was OK. I cut and peeled the pumpkin for her in small pieces so all she had to do was put them in her oven. The next week she came back and said how wonderful the pumpkin was and if I could do it for her again. After I cut and peeled the pumpkin for her; another lady came in and saw I had peeled the pumpkin and she said to me: “Do you peel pumpkin?”, and without waiting for an answer she said “Make me a big bag full”. She caught me by surprise as I was not expecting to do this for anyone else, so I calculated my time in peeling and the waste etc., put a margin on it and when the lady came in, she asked how much, I told her and she said, “So cheap! Do this for me every week.”

I then bumped into my friend who came to see me at my shop and liked the idea of the fruit packs etc. He told me he started selling fruit packs in his shop at Southland near Coles and someone from Coles approached him and asked him to supply all their stores in Victoria. He said he was having difficulty getting his stock delivered to Coles as most stores were only taking one box of fruit packs per day. He asked me if I wanted to do his deliveries, I didn’t know anything about refrigerated vehicles and asked him how much he would pay me, he said $8 per box. I thought to myself if you do two deliveries per hour you only make $16, it’s not worth it. The following year, I bumped into this guy a few more times and every time we talked it was about deliveries.

I was talking to my auntie and I told her I was thinking of going into a new venture with refrigerated vehicles. She said “Why don’t you speak to your uncle as I have wanted him to go into business for himself for quite a while”. I spoke to him and it was decided we would do it together. He was to run the administration and I would look after the logistics.

I said to my friend I would consider doing his deliveries but I needed somewhere to work out of until we got up and running, and he said he was currently doing it from his warehouse in Carrum Downs and we could continue there in the meantime.

So, we took on board four ‘subbies’ and we bought a new van for me to also do deliveries and started in 1998. We started with 4 runs and 4 customers…going to Coles supermarkets. Of course, it wasn’t as easy as my friend Frank had said. We would do the metro areas and I was told to bring regional deliveries to a company called Andrew Green in Footscray twice a week, where regional companies would pick up from his depot.

Mr Di Losa elaborates on the trials and the obstacles he faced at each stage of his journey. It was not easy, step by step he reached the top of the ladder. The common threads in all success stories are, following your passion, being passionate, being diligent about what you are doing, staying the course, mounting each obstacle, and self-sacrifice.

What advice would you give youngsters aspiring to be successful?

There are no shortcuts in life, you need to work hard, and live for today but have an eye on your future. Save your money for what really matters and invest in your future by working hard on yourselves.

I thank Mr Di Losa for giving me his valuable time and telling us his story. Another factual anecdote is that success comes with determination, hard work, perseverance, and sacrifices. Nothing falls in your lap. The secret is to find something you are passionate about, apply yourself, and get up every time you fall. Perhaps his story can inspire another entrepreneur.

Small business owners like Mr Di Losa are the backbone of the economy, and in most cases, they are local people employing other locals. We wish them luck and success.